Thinking of studying in the Midwest? If so, you might want to check out graduate schools in Ohio to complete your education. So what exactly does the “Buckeye State” have to offer?

Ohio has a population of 11,594,163 as of the 2014 estimate, which is a 0.5% change from 2010. 25.2% of residents have a Bachelor’s degree or higher, and the median annual household income is $48,308. The climate of Ohio is a humid continental climate throughout most of the state. Major cities include Columbus, Cleveland, Cincinnati, Toledo, Akron and Dayton.i

Ohio’s geographic location has proven to be an asset for economic growth and expansion. Because Ohio links the Northeast to the Midwest, much cargo and business traffic passes through its borders along its well-developed highways. Ohio is one of the nation’s industrial leaders, ranking third in manufacturing employment nationwide. Tourism is a valuable revenue producer, bringing in $36 billion in 2009. Attractions include the Rock and Roll Hall of Fame, Indian burial grounds, the Pro Football Hall of Fame, and the homes of presidents Grant, Taft, Hayes, Harding, and Garfield.ii

If you’re looking for a change of pace, why not try Ohio? Browse the graduate programs and schools below to find one that fits your needs. 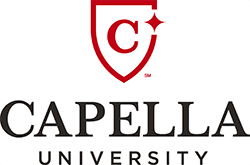