These Famous Writers had a Grad Degree! 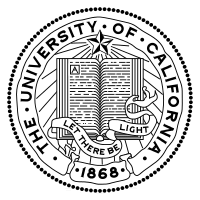 Do You know these Famous Writers with Graduate Degrees?

Thousands of aspiring graduate students apply to MFA programs every year to hone their writing skills, and pursue their dream of having their words shared with the masses. This pursuit of passion doesn’t always pay off for every aspiring writer in an writing MFA program, but those who have “made it” might serve as inspiration for those brave souls endeavoring to leave their mark on the literary world.

Acclaimed for novels like The Sportswriter and its subsequent sequels, celebrated author Richard Ford holds an MFA degree from the University of California Irvine. His first two novels A Piece of My Heart and The Ultimate Good Luck were well received, but in 1986 Ford drew international acclaim for The Sportswriter and established himself as a bestselling author. Renowned for bringing the “dirty realism” literary movement to the forefront, Ford continues to draw acclaim for his novels and short stories.

A writer known for his fearless exploration of cultural, religious and social issues, Michael Chabon, also a graduate of the University of California Irvine MFA program, took a strong interest in writing at an early age and later enrolled in Carnegie Mellon University and the University of Pittsburgh to attain his Bachelor’s degree before entering the MFA program. Chabon’s first novel, The Mysteries of Pittsburgh, was written as his Master’s thesis. The book, published in 1988, immediately became an acclaimed bestseller and quickly launched Chabon into stardom. Chabon went on to write other successful novels like Fountain City, Wonder Boys, The Amazing Adventures of Kavalier & Clay and many others. He’s also recently started to diversify his works into nonfiction, screenwriting and short story writing. Critically acclaimed and hailed for his ability to explore deep social and cultural issues in his writings, Michael Chabon has been praised as one of the most influential authors in recent years.

Yet another influential writer with an MFA is Alice Sebold. Born in Madison, Wisconsin on September 6, 1963, Sebold’s early life and career were marked by tumultuous events, being sexually assaulted her freshman year of college at Syracuse University and struggling with substance abuse while trying to hold down several jobs to support her literary ambitions. She eventually earned an MFA, from the University of California Irvine and began to gain traction with her writing career, publishing her first novel, Lucky, in 1999.

She later published The Lovely Bones in 2002, a widely acclaimed novel that quickly catapulted her career into new heights of success. Today Sebold continues to write and has been praised for her style and ability to convert real life experiences into gripping fictional works.

Does reading about these Famous Writers with Graduate Degrees inspire you to get your MFA? Then click our link below!